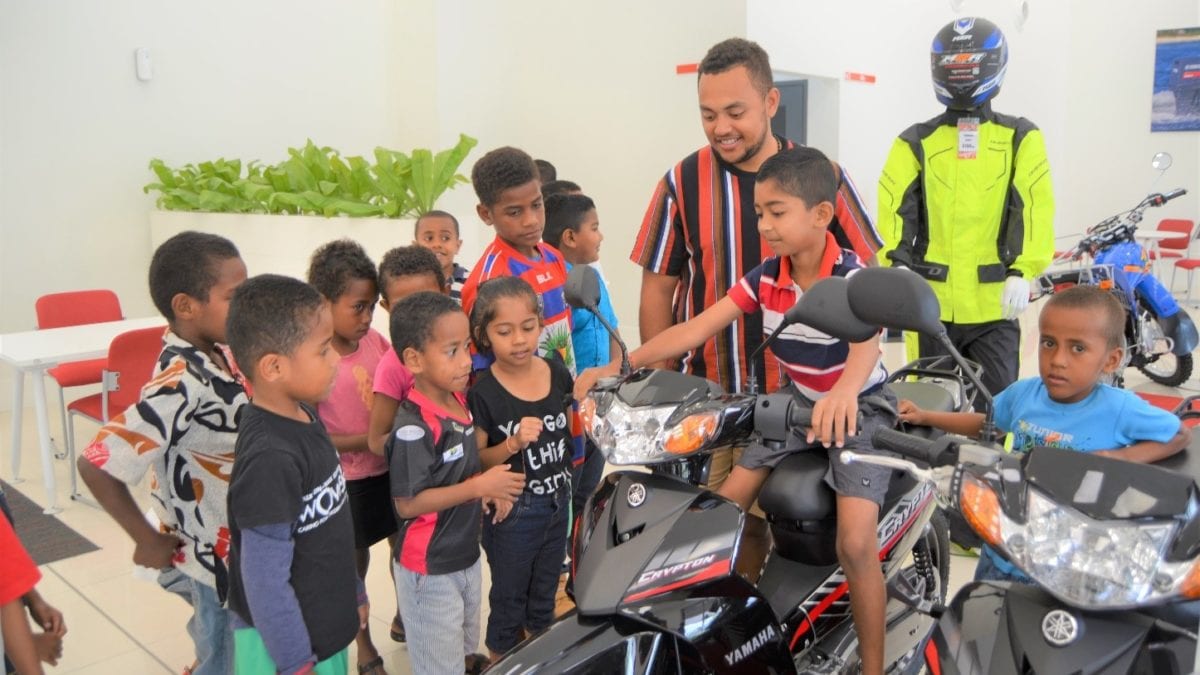 The twenty children and their parents/guardians spent the morning at Asco Motors Nabua celebrating life and sharing happiness. The day had many wonderful activities for the children, which included, story-telling, trivia, dancing and much more.

They also marked a special event, for ten-year-old Alivio who celebrated his birthday in the beginning of the month. It was certainly a special celebration and surprise for the ten year old accompanied by his mother. Alivio’s mother got emotional and expressed her gratitude to Asco Motors for thinking of the Wows Kids.

For many children, it was the first time for them to experience something as such. Most have gone past Asco, but never had an opportunity to visit the Dealer. The kids were excited to get a feel of the new Toyota Vehicles and Yamaha Bikes that we displayed at the Dealership.

Mrs. Sina Kami who is Founder of Wows Kids Fiji mentioned that some of the children have never had an opportunity to watch movies on a big screen and the gesture from Asco Motors of treating the children to a short film on the showroom big screen was so delightful.

Previous
Back to Blog
Next